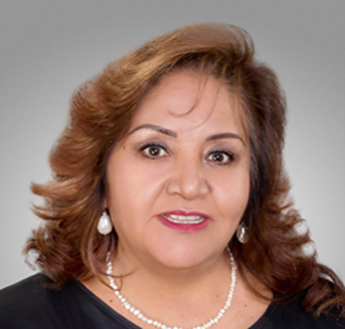 Dr. Betty Yañiquez completed her studies at the Universidad Mayor de San Andrés where she graduated in Legal and Political Sciences. In the academic field, she is trained and graduated from the Judicial School of Barcelona in Spain, also taking courses in the judicial field in Argentina, Chile, Colombia, Cuba, Ecuador, Peru, Switzerland, the United States and Uruguay.

She has participated as a lecturer at ECLAC-Chile, among others of an international nature. She has a diploma in Higher National Studies (DAEN) and a Master’s Degree in Security, Defense and State Development from the University of the Armed Forces at Mcal Bernardino Bilbao Rioja, and she specializes in courses related to economic criminal law in judicial training and human rights. Previously, she was Secretary of Court, a judge in criminal matters, President of the Association of Magistrates, District Attorney of the Department of La Paz, and a United Nations Consultant in criminal matters.

She was elected Deputy of the city of La Paz, served in the Bolivian parliament as President of the Commission of Constitution, Legislation and Electoral System; member of the Justice Commission; head of the Departmental Caucus of La Paz, as well as head of the National Caucus of the MAS-IPSP. She currently chairs the Human Rights Commission in the Lower House.

Betty Yañiquez is convinced of the importance of the struggle and strength of women in the role they play in the development of Bolivia and is active in establishing rights for Bolivian women and vulnerable groups.