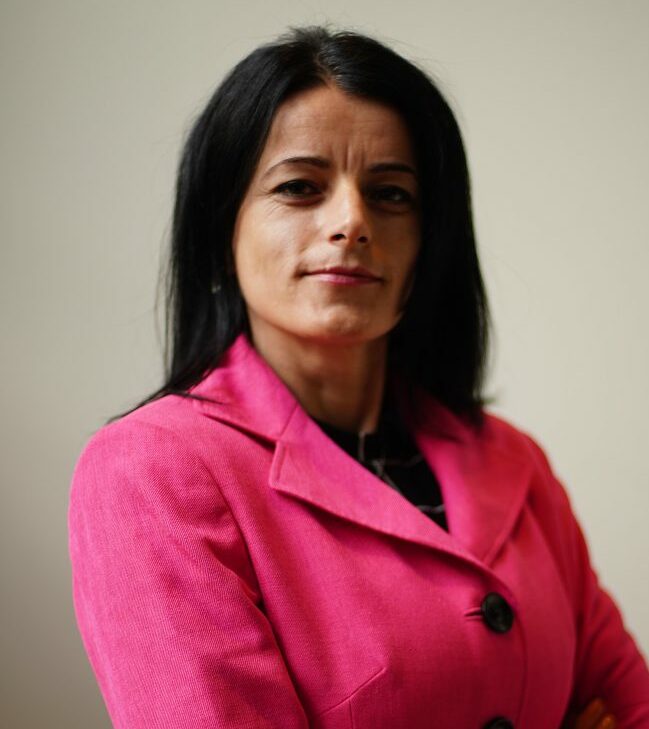 Vasfije Krasniqi Goodman is Member of Parliament in Kosovo and a human rights activist and survivor of sexual war crimes. At the age of 16, Goodman was abducted and taken to a small village where she became the victim of sexual violence. Following her ordeal, she would become the first survivor of sexual war crimes in Kosovo to speak up to authorities and share her story with the world.

She was only 17 when she testified to the United Nations, and she is one of approximately 20,000 survivors of rape during the war for Kosovo’s independence. She has also testified before the United States House Committee on Foreign Affairs, in a hearing titled “Kosovo’s Wartime Victims: The Quest for Justice,” that the United States should push for justice for victims of war crimes.

Now a member of the Kosovo Parliament, Krasniqi Goodman shares her story with the world in the hope that her experience will persuade others to come forward. In April 2021, Krasniqi Goodman and Kosovo President Vjosa Osmani memorialized the day of Krasniqi’s rape declaring April 14th the “Day of Sexual Violence Survivors.”