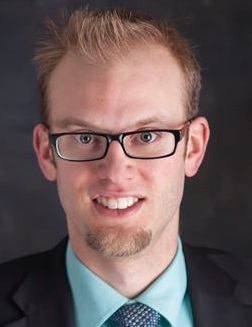 Arnold Viersen was born in Barrhead, Alberta and grew up nearby in the rural community of Neerlandia with his five siblings. Following high school, Arnold apprenticed as an auto service technician and attained his journeyman ticket from the Northern Alberta Institute of Technology (NAIT). Arnold also earned a business degree from the University of the Fraser Valley (UFV) while continuing his automotive career.

In 2010, Arnold married Melissa Bredenhof and they currently live in Westlock County, close to his childhood home in Neerlandia. Arnold and Melissa have five children: Aliyah, Seeley, Jillian, Daniel and Claire.

In October 2015, Arnold was elected as the Conservative Member of Parliament for Peace River—Westlock. With 105,095 sq. km., the riding is one of the largest districts in Canada and represents one third of Northern Alberta. Peace River—Westlock has a population of 108,095 and includes fourteen First Nations and three Metis Settlements. Arnold was re-elected in the 2019 and 2021 federal elections.

Arnold has actively fought against online sexual violence and human trafficking. On March 8, 2016, Arnold introduced Motion M-47 that instructed the Health Committee to examine the public health effects of the ease of access and viewing of online violent and degrading sexually explicit material on children, women, and men. Working across party lines, Arnold gained the support of the Conservative, Liberal, NDP, Bloc and Green parties and on December 8, 2016, Motion M-47 was unanimously adopted by the House of Commons. During the spring of 2017, the Health Committee studied the topic of Motion M-47 and tabled a report in the House of Commons on June 9, 2017. While the Committee Report failed to provide concrete recommendations, Arnold continues to advocate for meaningful age verification, opt-in tools and education for parents and youth.

In 2018, Arnold launched the All-Party Parliamentary Group (APPG) to End Modern Slavery and Human Trafficking to unite Parliamentarians across political lines. He serves as one of the four co-chairs. The APPG regularly holds briefings for Parliamentarians and actively moves policies forward.

Arnold has introduced a number of Bills to increase protection of children online and secure more rights and supports for victims. Most recently in May 2021, Arnold introduced the Stopping Internet Sexual Exploitation Act (SISE) which would require the verification of the age and consent of each person portrayed in pornographic material made for a commercial purpose prior to creation and distribution. As the 2021 federal election ended all legislation including the SISE Act, Arnold plans to re-introduce the SISE Act in the new Parliament.