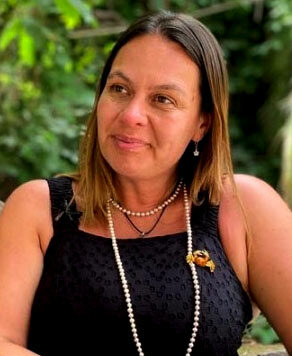 Alika Kinan is a survivor of human trafficking, and she works on the investigation of the crime of human trafficking and exploitation to help improve the processes of analysis, formulation, development and application of legislation and public policies on the matter. Among her main achievements is winning the first trial in Argentina where the victim, after being rescued from 16 years of sexual slavery, became a plaintiff to litigate against her traffickers. She has also received recognition for her work at a national and international level:

She currently works in the Academic Secretariat of the National University of San Martín (UNSAM) directing the Program for Studies, Research and Training on Trafficking and Exploitation of Persons (PEFITE), the first to have been created and coordinated by a survivor of trafficking for sexual exploitation. She is also the President of the Alika Kinan Foundation, where legal and psychological assistance is provided for victims of trafficking and exploitation, research and training processes are developed, and activities are carried out to make this problem visible.