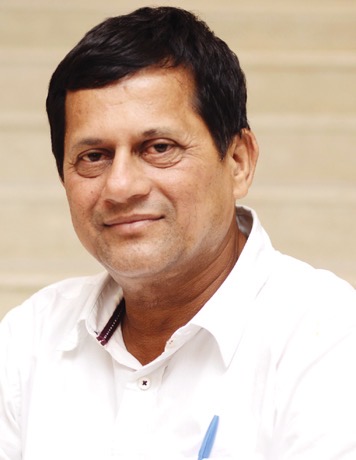 Achyuta Samanta is a Member of Parliament from Kandhamal, India and also an
educationist and philanthropist. He is the founder of Kalinga Institute of
Industrial Technology (KIIT) and Kalinga Institute of Social Sciences
(KISS). KIIT is an Institution of Eminence for professional education having
more than 30,000 students from all over India and 55 other countries across
the globe. KISS is a home for 70,000 indigenous children who get free
education, home and board, vocational and sports empowerment from
Kindergarten to Post Graduation and Doctorate levels, free of cost.

Besides education and tribal upliftment, healthcare and rural development,
Samanta has contributed to art, culture, literature, film, media, society
and national integration. He has also founded Kadambini Magazine and Kuni
Katha exclusively for children. He is also the founder of Kalinga TV and K
News Odisha.

He has been conferred with more than 50 International and National awards
and over 200 state awards besides two highest Civilian Awards from Royal
Kingdom of Bahrain and Mongolia called ISA Award for Service to Humanity and
Best Worker Award respectively. He has been conferred with 49 Honorary
Doctorate awards from universities in India and abroad. He is the first Odia
to be a member of both UGC and AICTE. He is currently the Member of
Parliament (Lok Sabha) from Kandhamal, Odisha and also the President of
Volleyball Federation of India. He is the designated President (India) of
Democracy without Borders and founder of Parliamentarians for Indigenous
People.